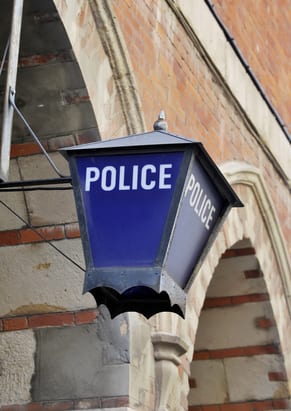 New guidance issued today by the Ministry of Justice to the police sets out that criminals should not get more than one ‘simple’ caution in a two year period for the same, or similar offence, except for in exceptional circumstance and if it is signed off by an Inspector.

“There are a small group of persistent offenders who commit the same offences time and time again, some of whom rack up a string of cautions. This does not deliver justice for victims.

“We are on the side of people who work hard and want to get on – that is why we are working with the police to make sure people who break the law will not escape the law.

“The police work extremely hard to deliver justice day-in day-out. The current range of out of court disposals are confusing and the system is overly bureaucratic, that is why we are reviewing all out of court disposals. They should be consistent, straightforward and something in which victims and the wider public can have confidence.”

Last year nearly 5000 criminals received two or more cautions for committing the same, or similar, offences in a two year period. This would mean an offender who receives a simple caution for shoplifting should not get another simple caution for further theft-related offences within a two year period. The changes apply to adult offenders. Primary legislation will follow in the New Year.

This follows the recent review of ‘simple’ cautions. It found that simple cautions were largely administered appropriately but that there was some public concern about their use, that changes were needed to simplify the regime, and that all out of court disposals should be reviewed (see Simple cautions to be scrapped).

The Government has already decided to ban the use of simple cautions for the most serious offences (known as indictable only) including rape and robbery and a range of other ‘either way’ offences (crimes which can be tried either in the Magistrates’ or Crown Courts). These serious either way offences include possession of any offensive weapon, supplying Class A drugs and a range of sexual offences against children.

The simple cautions review also recommended that there should be greater transparency in the use of such cautions with local experts – potentially including the police, magistrates or the victims’ groups – retrospectively scrutinising the use of cautions in each area. They will check that cautions have been used correctly and will report back to local police or the Police and Crime Commissioner who will take action if required.

Our Criminal Defence service pages have more information on the issues raised in this article. If there are specific questions that you want to raise, you can contact us directly today.