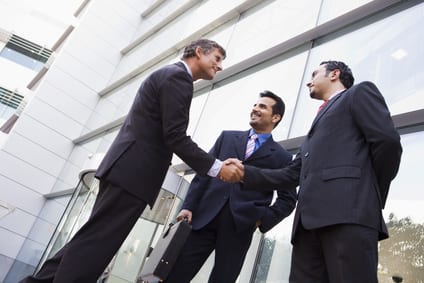 We’re delighted to announce that Steve Roberts has been promoted to the position of partner at Richard Nelson LLP.

Steve Roberts studied Law at Cardiff University before training with a general criminal firm based in South Wales, where he continued to specialise in criminal law after qualifying in 2005.  He joined our Cardiff office in 2008 and became an Associate in 2012.

He primarily works in our fraud and regulatory team specialising in crime, in particular large scale fraud investigations and court proceedings. He’s also an expert in handling motoring and transport cases, regularly appearing on behalf of our clients at Magistrate’s courts and the Traffic Commissioner’s office.

Thanks to his extensive experience in the field Steve Roberts has been key to creating our www.keepmedriving.com website, which specialises in legal advice for motorists.

“I am delighted to announce that Steve Roberts has agreed to join us in partnership. He is a real asset to Richard Nelson LLP and has proven time and again he is an integral part of the business, whether dealing with minor criminal matters or national high-profile cases,” Senior partner Richard Nelson told the Western Mail. “This is a major milestone in Steve’s career and I am confident he will continue to drive our business forward on his new role.”

Also speaking to the Western Mail Steve Roberts added: “I look forward to playing a vital role in the future growth of the firm and relish the prospect of the challenge ahead in these exciting times.”

If you would like to speak to Steve, or to seek legal advice from any of our experienced team, contact us today.