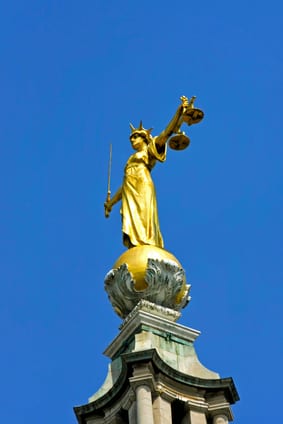 Is the current Fitness to Plead test out of date?

The Law Commission are reviewing the current test for fitness to plead cases. They have concluded that there should be a new test to determine if a defendant facing criminal charges is mentally fit to stand trial.

The procedure for assessing a  defendant’s fitness to plead dates back to the common law case of  Pritchard in 1836. The call for reform came after the political row over whether Lord  Janner was fit to plead to historical child abuse,  due to his deteriorating mental health and medical condition.

The current procedure is that two psychiatrists are required to prepare reports for the court’s consideration, testing whether the defendant has the capacity to understand the charge, decide whether to plead guilty or not guilty, instruct lawyers, exercise their right to challenge jurors, follow proceedings and give evidence in support of their defence.

If the defendant is deemed “unfit to plead” by both Psychiatrists there will be a fact-finding hearing where a jury hear evidence and determine if the defendant did the act. The Defendant does not give evidence at this hearing and his rights are protected by a lawyer appointed by the Court. Following the  Hearing the jury has to decide if the defendant “did the act” or made the omission charged; for this purpose refers to the actus reus of the offence and not the mens rea. The  Court then deal with the defendant by either imposing a hospital order (with or without restrictions), a supervision order or an absolute discharge.

At present, the fitness to plead procedure is only available in the  Crown Court and not in the  Youth Court or Magistrates  Court, where some of society’s most vulnerable frequently appear and become criminalised despite having complex mental health needs.

The Law  Commission has called for a shift in focus from the existing fitness to plead test which prioritises intellectual ability, to one where the issue of “intent” is also considered. The proposal is to consider the views of other  professionals  including  psychologists

The Law  Commission believes if the new fitness to plead rules are adopted they will apply to approximately 500 cases annually;  currently, there are appropriately 30 insanity cases in England and Wales per year. This will seek to further protect the needs of the most vulnerable appearing in the Criminal justice system.

If you or  somebody  you  know  is  facing a  criminal  charge  and there are  concerns about mental  health issues and their fitness to plead, please contact us today, and ask for Jacqui  Callan. Jacqui is an expert defence solicitor, with substantial experience of dealing with fitness to plead cases, working alongside expert  psychiatrists.