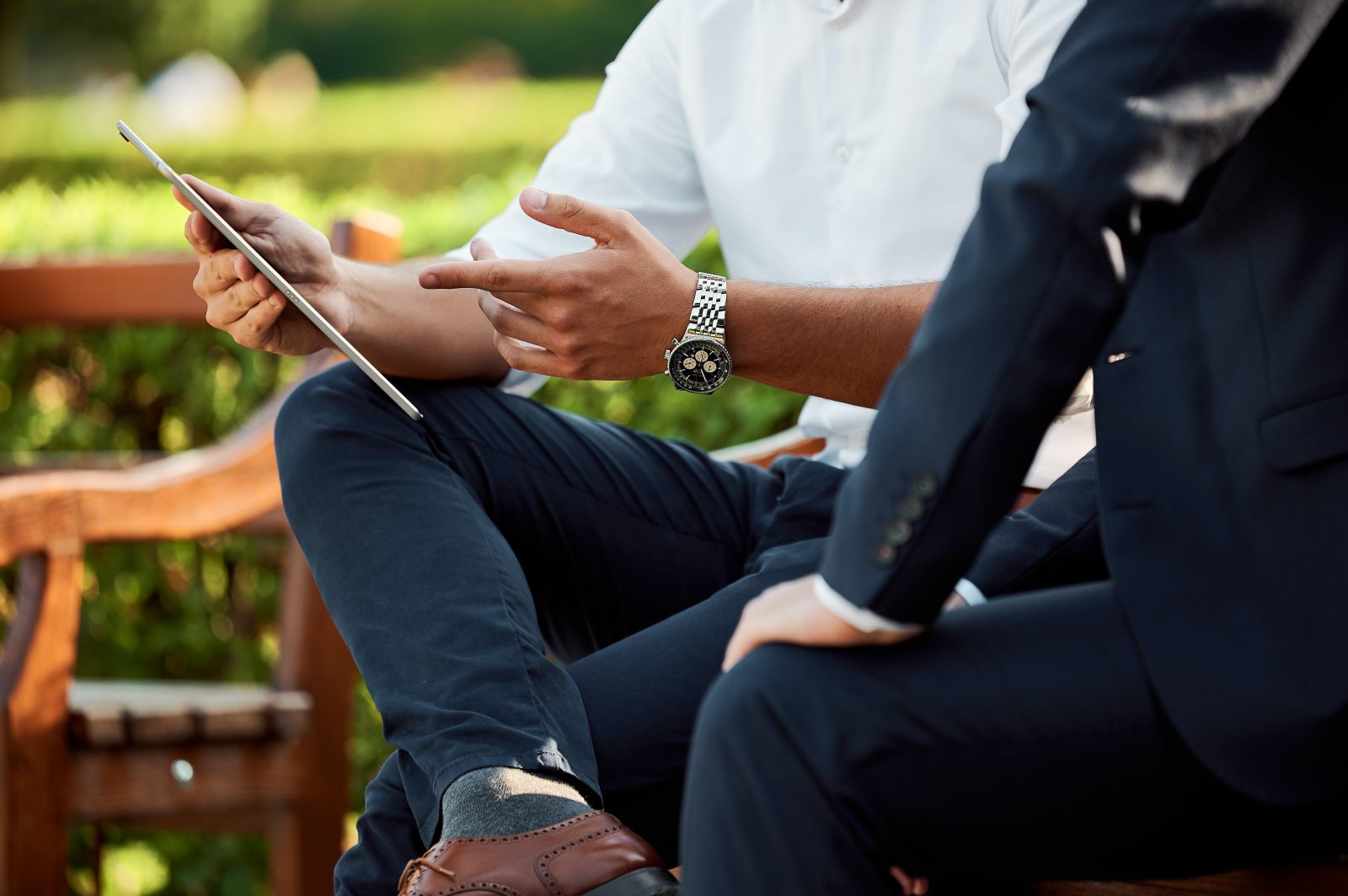 What is a shareholder agreement?

A shareholder agreement is a legally binding agreement between two or more shareholders of a company. This document’s purpose is to provide a written contract of all relevant rules, shareholder rights and regulations on how the respective owners will handle issues like disputes and voting, shares, dividends, appointing directors, confidentiality and restricted matters.

Unlike the Articles of Association, the shareholders’ agreement is not legally required, however, it is strongly advised to draft one for new and existing companies to manage and protect shareholders and the company itself. It can act as an addition to the Articles, as it is not required to share your shareholder agreement publicly, so it can include confidential information.

Does my company need a shareholder agreement?

Do I need a shareholder agreement if I am starting a company with friends or family?

A shareholder agreement is a good idea even if the person you’re working with is your spouse, family member or close friend. An agreement not only provides a framework for managing disputes without freezing business operations but also clearly establishes shareholder voting rights and, as such, can be a helpful document to think through at the start of your venture.

One of the most recent cases where I advised on was drafting a shareholder agreement for a family run business. The company was owned by three siblings, each with their own families and visions for the company’s future. The contract’s provisions included managing disputes, dealing with shares and dividends and what happens if one of the parties wishes to retire or may pass away.

The death of a shareholder is an especially nuanced matter in a family business, because if the transfer of their shares is not disclosed within the agreement, the shares automatically get transferred to their next of kin. However, in a lot of cases, this might not be the most viable option for running a business as the spouse, child of the deceased or someone outside the family group that the shares are left for may not actually be the best choice for managing their shares for the good of the business.

To ensure that this is not the case for your company, you can draft a shareholder agreement that includes provisions that the shares have to be kept in-house with the original shareholders. This can be achieved by a buy-back by the company or with the original shareholders cross insuring each other so that they then are able to purchase the shares of the deceased shareholder. This practice can prevent an issue for the Company in finding the money to pay out the deceased’s estate and gives certainty to the deceased’s family. Richard Nelson LLP can arrange such cross-insurance through a client’s own IFA, or we can arrange for the client to speak to an IFA in order to put such arrangements in place.

What can a shareholder agreement help with?

A shareholder agreement provides a blueprint of how shareholders and appointed directors should manage specific circumstances during the company’s lifespan.

Even if you have a shareholder agreement in place, it is a good idea to review the points below to see if the agreement needs updating. An outdated agreement can cause just as many problems as one that’s missing altogether. In addition, I advise you to review the contract when a shareholder/investor is leaving or entering the business to ensure that their role in the business is appropriately reflected in the current shareholders’ agreement.

Commonly, a person who holds shares in a private limited company votes according to the percentage of their share from the overall share capital, therefore minority shareholders have a disadvantage during voting. However, within your shareholder agreement, you can specify certain shareholder voting rights and matters that they can vote upon.

Instead of spending crucial business time on unnecessary meetings and disputes that can paralyse the business, your agreement can outline each shareholder’s responsibilities and voting powers, which enables your company to continue to change and develop in the future.

To streamline the voting process, your bespoke agreement can also include a list of matters that only need to be discussed and voted on by some shareholders. For example, all shareholders can vote on the AGM or the dividend policy, but when it comes to a more significant issue like the sale of the company, the agreement can restrict the voting of some people.

In addition, restricted matters within shareholder agreement can specify issues that need to have unanimous shareholder consent or reach a particular threshold, for example, 80% of all shareholder votes.

Your agreement can specify minority shareholder rights, for example, entities on which they can vote. Alternatively, if a shareholder has specialist knowledge on the matter, their voting rights could be increased to reflect the weight of their opinion on the topic.

It is very common to include provisions about shares in shareholder agreements, in particular matters concerning selling shares, dividends, and a blueprint of how to act if a company is releasing more shares to raise capital. The agreement can also dictate who company shares can be sold to and what should happen in situations where shares are transferred to a third party.

Usually, directors can be dismissed or appointed by the shareholders with a general majority vote. Shareholders own the company, while the directors run it. Sometimes these are completely different entities, but, in many cases, shareholders also act as directors of the company, which is often when the lines get blurred and drafting a bespoke shareholder agreement is strongly advisable. It is essential to establish the powers and duties of directors and shareholders and set expectations as early as possible to avoid misunderstandings and conflicts over the long term.

Another example of a clause that can be added to your shareholder agreement is when directors need to consult with the shareholders before making decisions affecting the company.

Entering or exiting the agreement

When starting a new business, the eventual end of the company is unlikely to be at the forefront of your thinking. However, from my experience, it is advisable to have a detailed plan in place for scenarios such as entering and exiting the agreement as well as the passing away of a shareholder. When a shareholder is leaving the company, it is essential to decide who can purchase the leaver’s shares and how to determine their value – all of which can be drafted in the agreement.

Our solicitors can guide you through preparing your shareholder agreement with specific exit and entry clauses.

When should a shareholder agreement be drawn up?

In this way, you can avoid the risk of shareholders changing their minds about how they see the company’s shares managed and, therefore, prevent disagreements, which could ultimately lead to the sorts of gridlocks that the agreement is supposed to avoid.

What can happen without a shareholder agreement?

As discussed previously, the main reasons to draft a shareholder agreement are that it can prevent the majority of disputes whilst avoiding gridlock when dealing with an issue relating to shareholdings. A gridlock can have a serious financial effect upon the company as it often means that all business operations are on hold, therefore, significantly impacting shareholders’ investments in the company.

How can Richard Nelson LLP help you with a shareholder agreement?

If you have decided to operate as a company limited by shares, we recommend drafting a shareholder agreement. Our commercial solicitors can explain the need for a shareholder agreement and how it could benefit your company. We will walk you through the provisions, including voting rights, entrance and exit clauses, as well as drafting a unique contract that can prevent disputes that would cost a lot of money and disruption.

In addition, Richard Nelson LLP’s commercial solicitors can advise you on how to update the contract when you take on external investors, as the investors will be pleased to see that their position is clearly documented.

Get in touch to see how we can help you with your bespoke shareholders’ agreement.

Craig joined Richard Nelson LLP in 2021 as a consultant solicitor and provides a number of commercial law and employment services for businesses.Prior to joining Richard Nelson LLP, Craig worked as both a Managing Director and a Partner at successful law firms and partnered with businesses from SMEs to PLCs. Read more about Craig Hollingdrake.