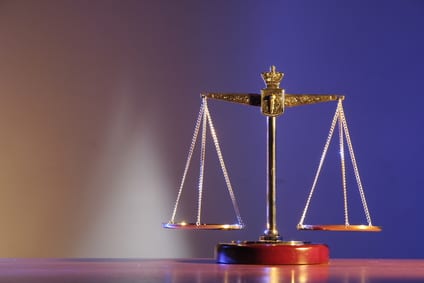 Opening up the Court of Protection

Most criminal and civil courts are open and transparent. The parties are named (unless special applications for anonymity are granted).  Any member of the public can go and watch the evidence and listen to the judgment of the court.  If you choose to start court proceedings, or are dragged into them, your “dirty laundry” can be exposed for all to see.  In reality, there are rarely any members of the public in the public gallery during civil hearings unless there is a high profile or celebrity element to the case.  Criminal trials tend to be followed more closely. In contrast, the Court of Protection has (until now) operated as a closed court, subject to rigorous reporting restrictions.

Is transparency and openness in legal proceedings important? There are good arguments in favour of it.

In an old case of Scott v Scott (1913) the judge commented that:

“In the darkness of secrecy, sinister interests and evil in every shape have full swing. … where there is no publicity there is no justice. Publicity is the very soul of justice.  It is the keenest spur to exertion and the surest of all guards against improbity.  It keeps the judge himself, whilst trying the case, under trial.”

Very recently, in the case of R(C) v Secretary of State for Justice (2016) the judge commented that:

“The principle of open justice is one of the most precious in our law. It is there to reassure the public and the parties that our courts are indeed doing justice according to the law.  In fact there are two aspects to this principle, the first is that justice should be done in open court, so that the people interested in the case and the public and the media can know what is going on.  The court should not hear and take into account evidence and arguments they have not heard or seen…  The second is that the names of the people whose cases are being decided and others involved in the hearing should be public knowledge.”

The Court of Protection has until now been a closed court. There are good reasons for this too.  The subject of the proceedings (most often abbreviated to “P” meaning “Patient” although this is understandably becoming less commonly used) has not consented to their affairs becoming public knowledge and cannot consent to their private life being on show to the public and the media.

Very intimate and private details may arise within Court of Protection proceedings, including issues such as a legal right to marry, consent to sexual relations, the plans someone has for leaving money in their Will or whether or not someone can refuse medical treatment.

Commonly, close family members involved in the case (in dispute with a hospital Trust, a local authority or with each other) are distressed enough by the court proceedings, without their dispute becoming fodder for the tabloids.

There are human rights in competition here. Article 6 provide a right to a fair trial.  Article 8 provides for respect for private and family life.  Article 10 (relied upon by the Press) enshrines the importance of freedom of expression.

In recent years the Court of Protection has come under increasing pressure to open up its internal workings to media scrutiny, after disquiet expressed by the media in a number of recent cases in which newspapers have applied to the court for permission to have a press representative in the court room or to release details about the case for publication.

Therefore, in November 2015, the Court of Protection announced a pilot project.

From 29 January 2016, the Court of Protection will adopt a reverse default system. Whereas previously the press had to make an application and demonstrate good reasons why a Court of Protection hearing ought to be made public or accessible to the Press, the burden will now fall upon the parties to demonstrate why a hearing should not be held in public, subject to certain safeguards.

This is how the proposed pilot is intended to work:

This new pilot scheme of the Court of Protection offers the Press and public a window into the workings of “the secret court”. Like any door marked “Private” I can well understand the desire for people to look behind it.  However, more often than not, what takes place behind doors marked “Private” is not nearly as exciting as anticipated……

Many lawyers anticipate an early spike of interest from the media during the pilot process (which will initially last six months) and then, in say, 12 months’ time, little ongoing interest from the media, except in the sort of high profile cases involving life/death decisions and medical treatment in which, even now, the Press are commonly invited to participate, in the interests of open justice.

Although the media will not be allowed under the injunctive provisions of the standard “Pilot order” to identify “P” or the parties, there does not appear to be any restriction (without further order being made) which will prevent the Press from “door stepping” parties or seeking further information or comment from them. This may be an unwelcome development in these cases.

In my limited experience of dealing with the media, journalists believe it is the personal details of a story which tend to increase public interest and maximise the circulation of a story.  In the vast majority of cases, court orders will remain anonymised and the Press may feel that the principle of “open justice” alone will not generate the public interest they desire.  The more controversial cases may be those where, because they are already present in court and can anticipate potential for a good story if anonymity is stripped away, the Press may seek to remove the normal rights of anonymity or report widely about ongoing proceedings, at the risk of indirect identification of “P” or the parties.  The Court of Protection will have to undertake a difficult balancing exercise.  This sort of event will need to be dealt with robustly and expertly by judges (who may themselves have little experience of dealing with the media) in order to avoid the rights of the media becoming a distraction from the rights of “P” and the parties themselves.

Therefore, the new pilot scheme in the Court of Protection may herald a revolution in open justice or it may merely generate a short term spike of interest in the media. Whether there will be any long term impact upon the parties, upon “P” or upon the delivery of justice in the Court of Protection remains to be seen and properly evaluated and that is, of course, the purpose of the pilot scheme.

If you would like more information on any of the issues raised in this article, or if you are seeking legal advice in any other area, please contact us directly.