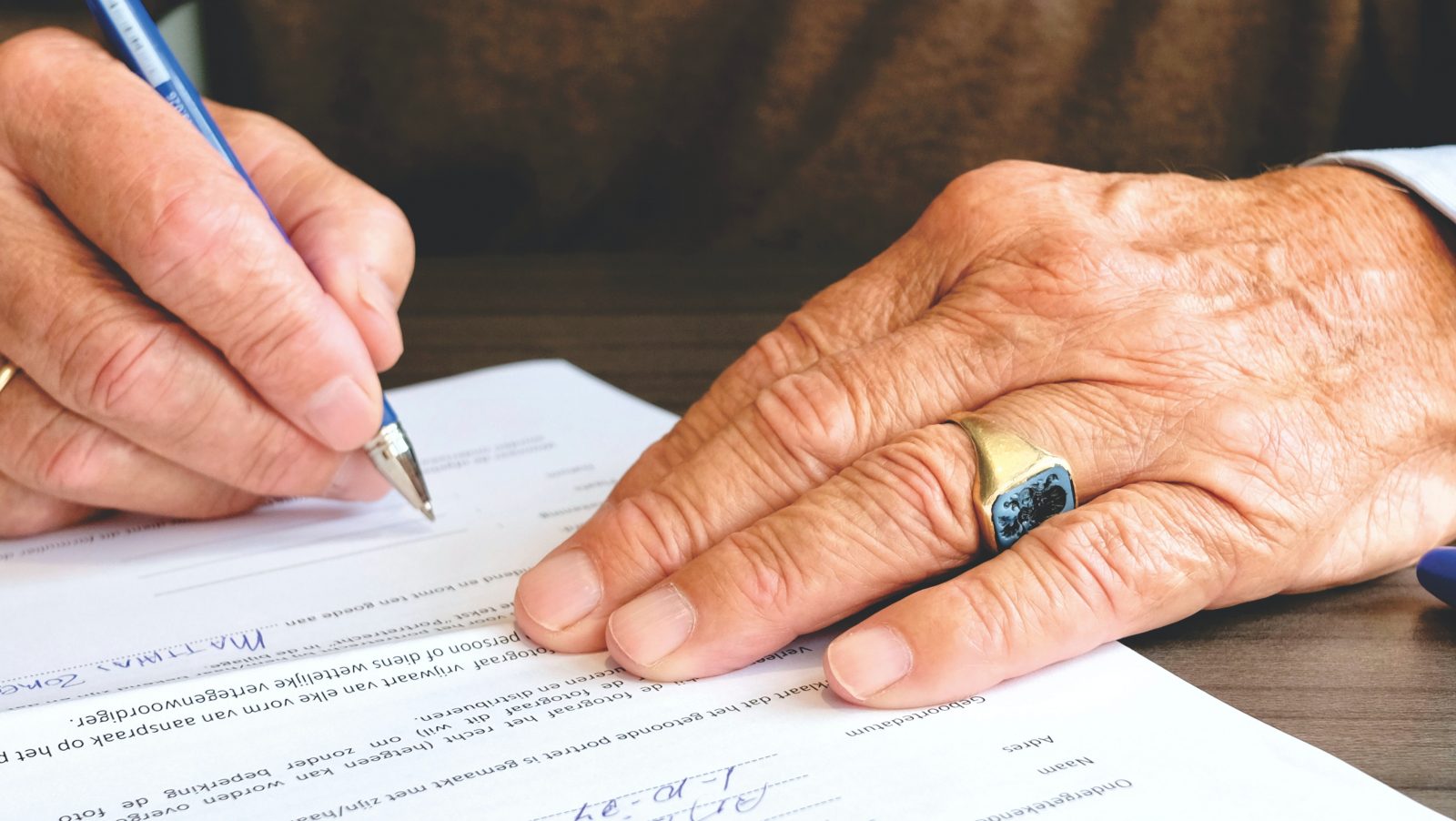 The COVID-19 outbreak has left many people concerned over what might happen to their property or assets. We have seen signs that a high number of people have chosen to make a new will or codicil at this time.

Those making wills as a result of the pandemic may be doing so when they are already unwell, or might be making the document in a rush in order to put pen to paper before anything happens. Whatever the reason, a hastily prepared will, or one that does not meet all the legal requirements, can very often result in a later dispute over its validity.

The current law for valid wills

There are no immediate plans by the Government to reform the law relating to the signing of a will despite the outbreak. The current law presents considerable difficulty where the person wishing to make a new will (or changes to their existing will) is in isolation at home or in hospital. As the law currently stands, in order to be a valid will, the document must observe S9 of the Wills Act, 1837.

Requirements in the Wills Act

Observing the rules while social distancing

No one should seek to break social distancing rules when so much is at risk regarding their health and the health of others. How may the process of the required rules be observed when the signing of the will takes place?

If the person who wishes to make a will is totally isolated, for instance in a hospital ward, or too ill to sign the will for themselves, then as long as they have read the will or had it read out to them it could be passed to someone outside the ward who could sign the will at the maker’s direction in the presence of the witnesses. The person signing on behalf of the maker of the will must receive a positive direction from the maker to sign on their behalf and the will itself ought to record on its face that the will is being signed on behalf of the maker and at his or her direction. The will must clearly be seen to pass from the maker to the person who is to sign on his or her behalf and the witnesses for their signature. It would make sense for the exercise of signing the will to be recorded in writing and, in the days of mobile phones, videoed.

Aside from the difficulties that may present themselves relating to the signing of a will it is also important to ensure that other aspects are considered. It is not uncommon for those disappointed with an inheritance or left out to assert that the will does not reflect what the maker wanted. It might be asserted that the maker was not of sound mind or that he or she was not a “free agent” when they gave instructions for the making of the will or they signed it. Regrettably, there are many instances where the validity of a will is challenged allegedly due to the maker being unduly influenced.

Possible changes to the law

It is possible that as a result of the COVID-19 pandemic, changes to the way in which wills are created will be forthcoming. Even before the virus changed our lives discussions over changes to the law were underway. For the moment we are required to ensure that the current law and procedures are observed. Great care must be taken to ensure that what the maker of a will truly intended is recorded in a valid will. Despite the practical difficulties presented it remains possible, in most circumstances, to achieve the desired result.

If you have any further questions about making a will during the pandemic, please contact Tony Pearce on 0333 888 4040. For more information about wills, trusts and inheritance disputes, visit our contentious probate service page.

Tony is an experienced dispute resolution solicitor who specialises in contentious trusts and probate. He is a member of the Association of Contentious Trust and Probate Specialists and has experience across a broad range of private and commercial civil disputes.